Showing posts from June, 2015
Show all

Self Portrait An area that I specialize in is accurately drawn and painted portraits. If you are interested in commissioning a portrait in either oil or charcoal, please contact me. Here are a few examples of what I can do with oil paint. Walter Abraham's Prayer Contemplation Mischief Grampy with Rosie and Lily
Post a Comment
Read more 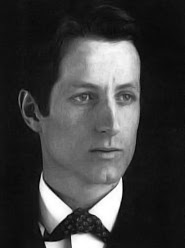 When I was newly married to Andy, I noticed some old framed prints in my inlaws' house. They were fantasy scenes with still-vivid blues, and neo-classical maidens in flowing white gowns. These belonged to my brother in law, Brad, and from him I discovered the art of Maxfield Parrish, and I have been a devoted follower of this artist-illustrator ever since. Maxfield Parrish was born in 1870 as Frederick Parrish, in Philadelphia, Pennsylvania, but later adopted his mother's maiden name and used it as his first name. His father was a painter and etcher. He discovered his passion for creating art early in life, and trained at the Pennsylvania Academy of the Fine Arts and Drexel Institute of Art. At the age of 27, his career was launched with the illustration of a book by Kenneth Grahame, The Walls Were As of Jasper. From there, he went on to illustrate many books, advertisements, and magazine covers, including Hearst's, Collier's, and Life, as well as to paint mu
Post a Comment
Read more

The Caves at Lascaux in southwestern France, are famous the world over for the paintings on their walls. These are some of the earliest paintings found, and are dated around 15,000-17,000 BC, and were discovered by a group of teenagers in 1940. Like the Chauvet Cave Paintings, the Caves at Lascaux were protected for thousands of years by a landslide which sealed off all access. The caves were open to the public in 1948.By 1955, some of the cave's art began to deteriorate due to all the visitors and the change in the cave's climate. Lichens and crystals and fungus appeared, which were not present before. As a result, the caves were closed in 1963, with access granted only to a few scientists. Still today, only a few scientists are permitted, and the scientific community is working to preserve and restore the paintings. In 1983, an exact replica of the Great Hall of the Bulls and the Painted Gallery, created under Monique Peytral, was opened a short distance from t
Post a Comment
Read more

Shows and Appearances for June 2015 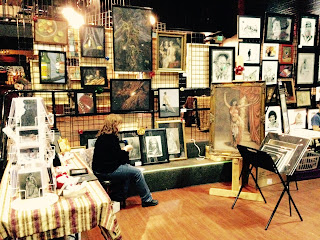 Do you want to see more of my art? Well you are in luck! Find me and/or my art at these events in June: June 5 , Baker City: First Friday Art Walk will be going on, from 5:30 to 8pm, and the display lasts through the month. My art will be displayed at:  Crossroads Carnegie Art Center, 2020 Auburn Avenue  Short Term Gallery, 1829 Main Street  Cabin Cowboy Designs, 2013 1st Street. June 12 , Nampa, Idaho: Nampa Art Walk begins at 5:00 pm, and the display lasts through the month. I will be featured artist at:  Third Hand Antiques, 1212 1st St. South June 27 , Boise, Idaho: The Community Progressive, Julia Davis Park This is a one day event running from 11am-7pm. I will be there in my booth, with plenty of art, prints, cards, and wearable art.
Post a Comment
Read more
More posts